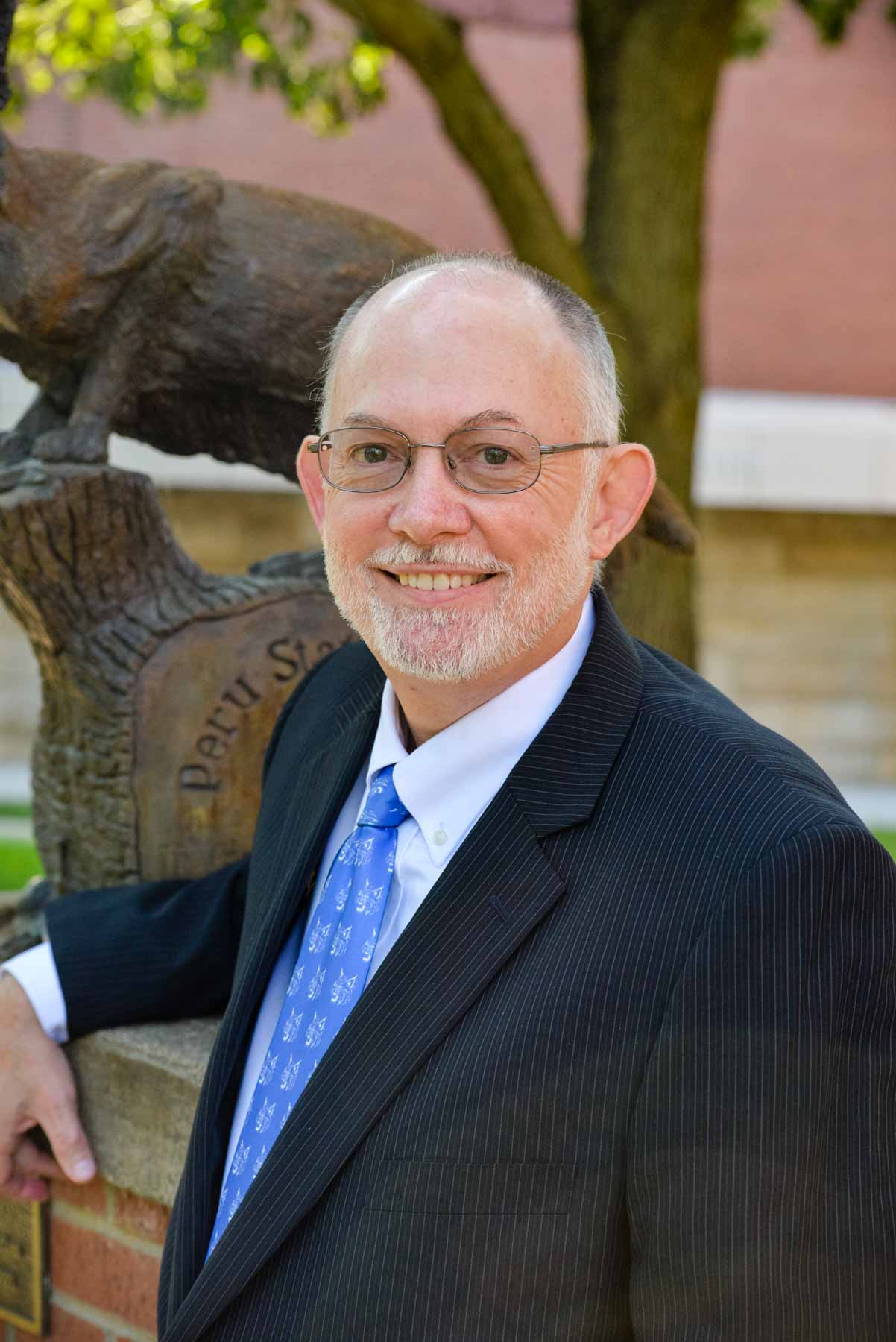 Dr. Michael Evans is the 34th President of historic Peru State College. He came to Peru State from Southern New Hampshire University, where he served for six years as the Vice President for Academic Affairs for SNHU’s on-campus program in Manchester, New Hampshire.

Prior to SNHU, Evans was the Provost at Unity College in Unity, Maine, and previously the Interim Dean of the Indiana University School of Journalism, where he also served on the faculty for 15 years. Before his career in higher education, Evans worked for 13 years in the publishing industry as a writer and editor for newspapers and magazines.

Evans holds a Ph.D. in Folklore from Indiana University, and he focuses his research on expressions of indigenous cultures through the mass media. With the support of a Fulbright Fellowship, he lived for nine months in a small village in the eastern Canadian Arctic, conducting ethnographic fieldwork with Inuit videographers; that project resulted in two published books. He has conducted similar work in the Australian Outback, working with Aboriginal video and radio professionals, and he has worked in several Native American nations as well.

Evans’ master’s degree is also in Folklore, from Indiana University, and his bachelor’s degree, a double-major in English and Philosophy, comes from Bowdoin College in Maine. He has also published a textbook for courses on magazine editing, two novels, and a one-act play. He has presented talks and papers at numerous conferences and events.

Evans is married to his wife of 38 years, Joanna. They have twin, 28-year-old sons: Dylan, who has a degree in outdoor education from the University of New Hampshire and leads kayak and rafting trips, and Miles, who has engineering degrees from Purdue University and Stanford University and is working as a solar-engineering research scientist.